In this blog post Forrester Principal Analyst Andrew Bartels argues that autonomous procurement is not just a bad idea — it is a really dumb idea.

Bartels says that a future world in which the software handles most of the tasks of purchasing without human involvement is a really dumb idea, for the following reasons:

What are your thoughts? Do you agree or disagree with Forrester?

Fully agree, very dumb and unrealistic. And, above all, there is not one-size-fits all approach. I think the real value and promise is in a new type of collaboration between people and machines.

You will need both in the future, AI for redundant tasks but people to make strategic decisions. Read full comment

Autonomous procurement needs to be viewed as a way to augment and enhance the procurement organizations rather than as a threat. This has been true with business use of AI in many different functions. Procurement will be no exception. Read full comment

I think that AI and other tech are automating tasks, not necessarily entire jobs, thus not rendering entire jobs autonomous but giving some tasks a level of autonomy. Read full comment

I disagree. Autonomous procurement has potential to be a differentiator in the future when capabilities catch up with vision. Read full comment

I like the provocative statement and happily disagree with it. You can‘t stop technological progress by arguing it is hostile to employees. The challenge is to make digitalization a friend to employees rather than a bugaboo. I experience daily that procurement professionals enjoy the benefits of digitalization when actively involved.

Autonomous procurement is an inevitability because there is nothing inherent in it that requires emotion or feeling or anything decisively human to derive the best outcome. It is all about the levers and constraints that the model needs to optimize the outcome. Read full comment

I would be careful with the wording - autonomous procurement and automated procurement is getting frequently mixed up and is by far not the same! Read full comment

The future is collaborative. There is a role for autonomous agents but it’s to automate the mundane and time consuming tasks so we free up people’s time for strategically important activities.

Autonomous Procurement is possible/ appropriate in pockets - say certain category and types of spend. It’s not just about auto-creating PO, but also doing end to end process and not in a dumb way, but in a smart way. Read full comment

I would never urge someone to become fully autonomous, but I would challenge them on what technologies they are currently using and where they can better resource their teams. Read full comment

Totally agree with Forrester. Digital is a frame of mind, technology is an enabler (and always will remain). Procurement, like any other function, needs people who think digitally. Those people can attract the right enabling tech to achieve the results they are seeking. 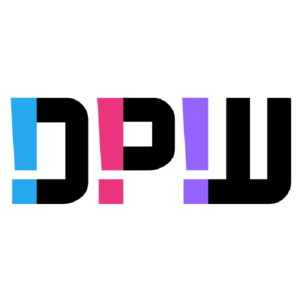 DPW is the global innovation and mission-based ecosystem for digital procurement. We are driven by our purpose: To unlock the true power of procurement through excellence in digital.
Follow
135 Contributions
3 Followers
2 Following

How to make radical climate action the new normal

16 emerging technologies that caught our eye at DPW Conference 2021

CPO Catalyst: Realizing the value of technology to transform procurement

You can consent to the use of such technologies by closing this notice.

Customise your preferences for any tracking technology

The following allows you to customize your consent preferences for any tracking technology used to help us achieve the features and activites described below. To learn more about how these trackers help us and how they work, refer to the cookie policy. You may review and change your preferences at any time.

These trackers are used for activities that are strictly necessary to operate or deliver the service you requested from us and, therefore, do not require you to consent.

These trackers help us to deliver personalized marketing content and to operate, serve and track ads.

These trackers help us to deliver personalized marketing content to you based on your behaviour and to operate, serve and track social advertising.

These trackers help us to measure traffic and analyze your behaviour with the goal of improving our service.

These trackers help us to provide a personalized user experience by improving the quality of your preference management options, and by enabling the interaction with external networks and platforms.